I can't be a blogger about education and not say anything about what is going on in Quebec!

Whichever way you look at it, those students have guts. Some people are saying they need to get real- the rest of the country is paying double what they pay in tuition.
They say, Stop whining and grow up." But I agree with the students.
" It isn't fair. It isn't fair," they complain. That's right. A wise guy (my husband actually) said, "Innovation isn't fair."
What those kids are doing will result in fairness in the long run. The students in Quebec are pushing for more: more opportunities for education, more democracy for everyone.
This is a good thing. So what's up with the rest of Canada? Why aren't more students out there- pushing for free or cheaper education?

Free education (funded through taxation rather than tuition) is no new thing. Many countries have free or at least super cheap, higher education that in some cases is even extended to foreigners! These countries include the Northern European nations- Finland, Norway, Sweden, and Denmark, and Germany and Austria.
Scotland has free tuition and many EU kids flock over there. Argentina, Brazil, Sri Lanka, Cuba are some more examples of countries that make it possible for everyone to access higher ed if they want it.

Then there's the fact that 'open source' has become a reality. If you still haven't heard about the 'open source movement,' now is a good a time to do so.
'Open source' means that more and more, education is going to be cheaper-not more expensive.This extends to higher ed. Easily, readily accessible, colleges and universities are starting to offer their course materials for free; to whomever wants it.
That is the way the world wants it to be. Collaboration, contribution, innovation.
---------------------------
People are writing about the student strike (one of the biggest in Canadian history by the way) as being more that a student strike- but an actual social movement.
Naturally, the government has tried to squash their efforts by quickly passing Law 78, a radical legislation making all protests inside or near a college or university campus illegal!
Additionally the law makes any spontaneous demonstration across Quebec illegal, forcing all to seek discretionary police permission to protest. Huge penalties apply for those who do not conform.  Some Quebec groups are arguing for the adoption of a bank tax, starting at 0.14 per cent and increasing to 0.7 over five years, as a way to raise public funds for post-secondary educational institutions. Here's what one writer reports:

At a time of financial crisis, banks in Canada and Quebec are securing record profits, over $22.4bn in 2011, a 15 per cent increase from the previous year. Given record bank profits in 2012 and recent reports outlining a secret $114-billion bailout at the height of the financial crisis, the Quebec student proposal to create a relatively tiny tax on financial institutions to benefit education is gaining public traction.

There's a mistake in this article: second paragraph, first sentence. "Free education (funded through taxation rather than tuition) is no new thing." What is funded through taxation rather than a voluntary user fee like tuition is not free. So free education is like Khan Academy, not like public school where instead of being free the costs are hidden by subsidies. If someone pointed a gun at you and said "give me your money," you gave them your money, and then they used a small fraction it to buy you gum, you wouldn't say the gum was free. Time and time again, the fate of something whose true cost is hidden by tax subsidies was to keep rising in cost. Lo and behold the cost of publicly subsidized schools (including colleges) rises constantly. Tuition hikes are the result of extremely inefficient, extravagant colleges stuffed fat with the government's high-fructose subsidy syrup trying to pass the cost onto consumers. The consumers have no choice, because they've been brainwashed to believe that college is necessary so they either absorb the cost (ouch) or borrow as a student loan. Of course, their college degrees and "education" are quite likely to be useless so they are unable to pay that debt or recoup their losses. They become debt slaves. And it's all because some dreamy idealists thought you can make the world a better place by imposing their will on other people.

@jkpinaz-thank you for the comment. You are right-examples like Khan Academy are the real thing. Taxes help distribute wealth so if tax dollars are to be spent, why not spend it on making education truly accessible to everyone- the way the public library runs for example?

Optimally there would be no taxes so that no one can rob us of hard-earned wealth and freedom. 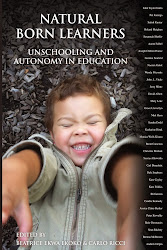